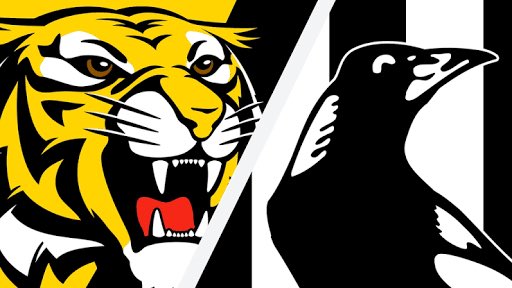 The AFL Finals continue this weekend with Richmond v Giants and Eagles v Melbourne. Both games should be intriguing match ups and these are theÂ five players mostÂ likely to have the biggest impact on the Preliminary Finals.

Richmond Midfielder Dion Prestia is a classic example of a quality player flying under the radar. With Trent Cotchin and Dustin Martin often tagged by the opposition, Prestia is frequently afforded the opportunity to have an impact on the game through the midfield, given the freedom to play his role without anyone endeavouring to negate him and curtail his influence. Itâ€™s a testament to the ability of Prestia that he continually gets picked ahead of the likes of Brandon Ellis and Anthony Miles.

Richmond are the bookmakersâ€™ favourites to win the flag according to the latest AFL Finals betting markets, and If Richmond are to live up to their billing then they are going to require Prestia to have a big impact on the contest against Collingwood this Friday night. Prestia has averaged an impressive 24.1 disposals per game in 12 outings this season so every touch he gets is vital.

Some players change teams, taking them to the next level and reaching elite status; Treloar is an example of that. Heâ€™s been fantastic for Collingwood since his move from the Giants, and was sorely missed after going down to injury in Round 14. Incidentally, Round 14 is the only game where Treloar has collected under 20 disposals in a game. He has averaged 30.5 possessions for the season in 15 games, including an average of 26.5 touches per match in his 2 finals appearances this season.

Treloar has had over 30 possessions in an impressive 8 of 15 games this season, and if last Saturday nightâ€™s fourth quarter is anything to go by then Treloar should have a big impact on Collingwoodâ€™s Preliminary Final encounter with Richmond this Friday.

Reddenâ€™s career at AFL level was in the balance last season as heâ€™d only managed 34 games in his first two years at the Eagles. This season however he has featured in all 23 games and averaged 25 possessions. He has been a prolific points scorer and becomes an even more important player for the Eagles with Andrew Gaff out through suspension. Gaffâ€™s unavailability opens the door on the possibility that Redden may be tagged by Collingwoodâ€™s Levi Greenwood.

Redden has also performed his defensive duties admirably, averaging 4.6 tackles per game and showing a maturity in his footy that reflects the fact he is now in his tenth year at AFL level.

Melbourne have shown real steel winning their last four games and Oliver has been an integral part of that run, averaging 26.3 disposals a game in the last month as well as 5.8 tackles. In fact in the regular season, he had the third most disposals of any player in the AFL so his value to the team cannot be underestimated.

He has had an impressive 14 tackles in the first two games of the Finals Series and Melbourne could well emulate the Bulldogs of 2016 due in no small part to the impact that Oliver has had in the 24 games he has played in.

Gawn is probably the best ruckman in the competition; he is an extremely important cog in the Melbourne machine, not only as their number one ruckman, but as one of the hardest working players around all areas of the ground. He is possibly the most valuable player to his team of any player in this yearâ€™s AFL.

Installed as the bookmakersâ€™ third favourite for the Brownlow Medal, his ability to win hit-outs is particularly impressive as he has averaged 45.1 per game, featuring in all of Melbourneâ€™s 24 games this season, with his lowest tally still a very respectable 30 hit-outs in a round 20 game. This sort of form made him a top candidate for the AFL All Australian team captaincy.