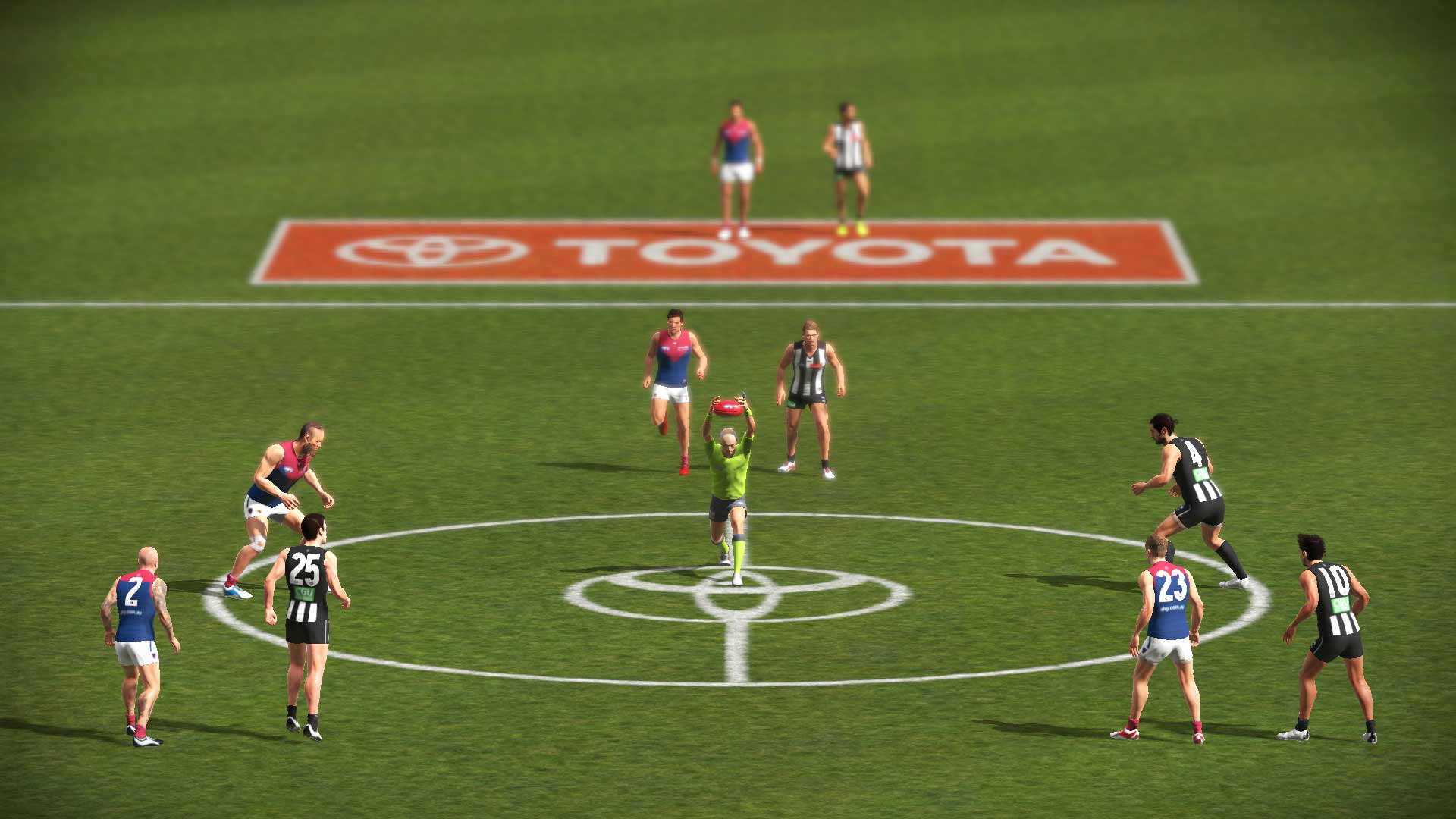 For much of the AFLâ€™s fan bases, weâ€™re in that sullen stretch of facing the next seven-or-so months without any footy and in the knowledge that our teams werenâ€™t good enough to make the cut for the Finals. With the ladder resolved on August 25 and the Grand Final taking place on September 28 at Melbourne Cricket Ground, that leaves many footy-less months before the 2020 season starts up again in March.

So, what are fans to do over the months where they crave some footy action, or even just some games that deliver similar thrills and action to the great sport?

The go-to game for AFL fans isâ€¦ underwhelming at best

In the late 90s, EA Sports â€“ the creators of the long-running FIFA, NHL, and Madden games â€“ made a couple of AFL games, and then IR Gurus took over from 2002 to 2007. Most recently, however, Wicked Witch Software has been developing the sporting video game franchise, with the most recent being AFL Evolution for the PlayStation 4, PC, and Xbox One, released in 2017.

Featuring Marcus Bontempelli, Chad Wingard, and Isaac Heeney on the cover, fans were excited to get a current-generation console game for the AFL, finally, and even though the developers released updates and a season pack which updated the game considerably, it was seen as a disappointment by many. Critics across the board didnâ€™t give the game much praise, with its â€˜janky gameplay,â€™ odd and unexplained game mechanics, and poor graphics cited as the major hindering factors to the game.

For the die-hard AFL fan, however, it does give a hands-on way to play the glorious sport at the highest level through gaming consoles and computers. It can be exciting when you get the hang of it, but it is clearly of a fairly low standard compared to other sports games in circulation.

What else is there to do except wait?

Many fans of the AFL who play fantasy footy and miss the thrills of the games turn to other ways of gaming to scratch the itch of anticipation and excitement. In Australia, the go-to way of achieving this outside of the sport has become finding pokie wins. They’re available on a range of different media now, making them super accessible, and each spin on a pokie ramps up anticipation, making the experience very exciting for many players.

But if pokies arenâ€™t your thing and you want a hands-on footy experience superior to that of AFL Evolution, you may just have to wait for the sequel. Announced for an initial release alongside the start of the 2019 AFL season, AFL Evolution 2 has been delayed many times to allow the development team to maximise the potential of the game on the new Unreal Engine.

Making use of the Unreal Engine should mean that the game is much better than its predecessor in how it runs and aesthetically. Set for release of the PlayStation 4, PC, and Xbox One, the gameâ€™s cover stars will be Josh Kennedy, Luke Shuey, Scott Pendlebury, and Jordan de Goey.

Thereâ€™s a long offseason ahead for AFL fans, with delays to the release of AFL Evolution 2 making the wait that much longer. Luckily, there are other options available in the meantime.