Home / Talking Points / Can the Bulldogs Retain the Title?

Can the Bulldogs Retain the Title?

While the Western Bulldogs shocked even their most optimistic fan last season by coming from 7th at the end of the Home-and-away season to clinch their first premiership since 1985, the question is now whether or not the club can repeat last year’s exploits.

Luke Beveridge and his men will be targeted by their title rivals in 2017, something that wasn’t the case last season, and it’s going to be fascinating to see just how well the Dogs perform under the lights when the new campaign gets underway this month. With a new kind of pressure on their shoulders, there will be plenty of eyes on the champions from round one, a feeling many in this squad won’t have experienced before. Â 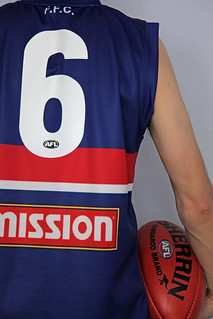 “I am Brad“Â (CC BY-SA 2.0)Â byÂ zoonabar
Â
It’s certainly been an interesting offseason for the reigning premiers, adding a number of exciting new players to a roster that has lost a couple of key faces. Still one of the youngest squads in the AFL, the Bulldogs have added some real experience during the summer, signing Travis Cloke from Collingwood, who will now likely fill the gap left by the injured Jack Redpath as full forward. The most notable loss, though, saw Joel HamlingÂ return to Western Australia and sign for the Fremantle Dockers shortly after a sensational performance in the historic Grand Final victory.Â

For those interested in AFL tips, the Dogs did enjoy their fair share of luck last season when it came to the big calls, earning 451 free kicks during a season in which they conceded only 370, a factor that may well be different in 2017.Â On the back of a modest home-and-away season, though,Â the Bulldogs really showed their metal when it came to the finals and ended up as deserving winners in the Grand Final. While the Bulldogs are being tipped to be right there in contention again this season, the likes of the Giants and the Swans are looking extremely strong as we head towards the first round of the new AFL year.
Â 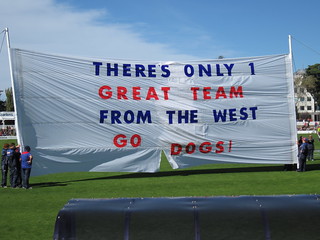 “Dogs banner“Â (CC BY-SA 2.0)Â byÂ M0les
Â
One of the areas the Dogs needed to strengthen was atÂ ruckman, and in Tim English – the best prospect in this year’sÂ draft – the club have gone some way to filling that gap. But while there is no doubt the rookie is talented, it would be ambitious to expect English to make an impression this year.Â But while there were areas that the Bulldogs wanted to address in the offseason, the fact is that last year showed just how many talented players the club already have at their disposal.

Marcus Bontempelli wasn’t on many people’s radar last year but the fourth-season professional is starting the new campaign being tipped by many to be in the race for the Brownlow Medal. The midfielder isn’t alone, though, and the likes of Tom Boyd will be hoping to build on an incredible Grand Final showing and establish himself as a reliable provider of goals and in terms of rucks. The same can be said for a string of very talented youngsters who all stepped up and shone in 2016, and this is a squad that are rightly being backed to challenge for honours this season.Â
Â