The Fremantle Dockers are reassessing their options up front following the news that Shane YarranÂ has decided to retire from the game due to his ongoing off-field issues. The 27-year old made a late start to his professional career due to a six-year custodial sentence following a burglary conviction, joining Fremantle in the fourth round of the 2015 draft. In his one and only season in the AFL, Yarran caught the eye for the Dockers, scoring 10 goals in six games towards the end of last year, establishing a prolific partnership with small forwards Michael Walters and Hayden Ballantyne. But with two pending assault charges next to his name, the forward has taken the decision to hang up his boots.Â

Following an encouraging first season for Fremantle on the field, YarranÂ had been tipped to be a key part of the Dockers team in 2017. That now won’t be the case, though, and head coach Ross Lyon has to rethink his options as he prepares for the new campaign. While the loss of Yarran will undoubtedly be a blow to the Dockers, the addition of Cam McCarthy and Shane KerstenÂ to the roster during the NAB AFL Trade Period, Lyon does have some very interesting options available to him. Â

Having finished the 2015 season as minor premiers, 2016 was aÂ disastrous year for the Dockers, never recovering from losing their opening 10 games of the campaign. With the influentialÂ NatÂ FyfeÂ back fit after yet another fracture to his leg that kept him sidelined for the majority of last season,Â the Dockers have betting odds of 8/5Â to secure a top-8 finish in 2017. As long as they can keep their best players fit and out of trouble, there is nothing to stopÂ FremantleÂ from reaching the finals next year. 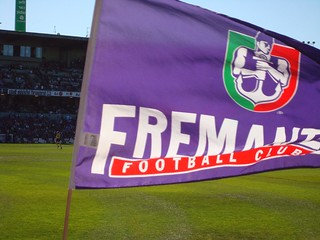 “Fremantle Dockers Flag“Â (CC BY 2.0)Â byÂ Michael_Spencerï»¿
Â
Dockers head coach Lyon has insisted that the numerous disciplinary problems currently affecting the squad isn’t a sign that the club’s culture has changed, although Fremantle fans will rightly be concerned about the recent trend of off-field issues. Yarran is the latest Dockers player to find himself in hot water. Veteran defender Michael Johnson is facing his own assault charge following an incident in a kebab store, while star recruit Harley BennellÂ recently saw his car impounded after being found to have been driving with an expired driving licence. 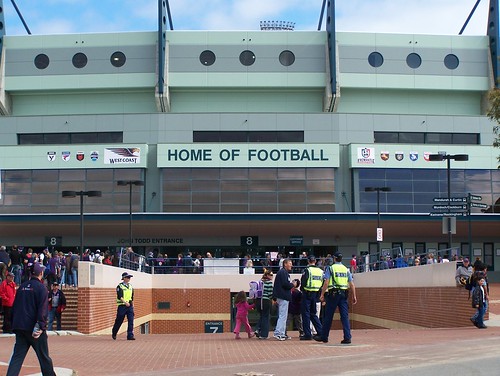 Home of Football” />
“Subiaco Oval – Home of Football“Â (CC BY 2.0)Â byÂ Michael_Spencer
Â
Bennell has been given some good news, though, having returned Down Under following a trip to Germany in a bid to solve his career-threatening soft-tissue problems. While the 24-year old missed all of the last season with injury, the midfielder has come through the early stages of preseason in promising fashion. Bennell, who moved to Fremantle following a discipline issue at Gold Coast, has suffered from calf issues on his right and then left leg since arriving at the club at the end of the 2015 campaign. The youngster showed what he is capable of during his time with the Suns and the Dockers will be desperately hoping Bennell has finally got to the bottom of his fitness issues.Â

Let’s start saving your money with Bargains that you can find what you are looking for on their special catalogues such as Officeworks Catalogue and Spotlight Catalogue.